LOOKING TO JOIN A NEW MMA GYM IN GOLD COAST?

​We have listed some of the best and most popular MMA gyms in Gold Coast below;
​
Also check out our deals, discounts and coupons page where we list the best supplements, workout wear and gym equipment deals in Australia.  Updated daily and always valid. 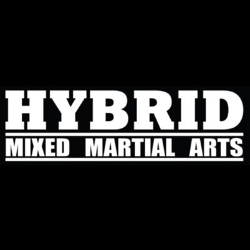 Evolution Without Limitation. Hybrid is a product of 28+ yrs of Martial Arts, combining the most effective elements from many styles of combat to create a Fighting Art form for the Gold Coast MMA community that is forever Evolving. No matter what your prior experience & regardless of what you would like to study, we are proud to offer a full range of combat skills. Hybrid has something for everyone and we work tirelessly to ensure each individual’s journey is a positive one. Hybrid is a Martial Arts family & from the moment you step on the mat the feeling is undeniable.

He was trained by one of the great American wrestlers of all time 2 time olympian Gray Simons, at a division 1 university. Coach Jesse placed in the top 3 in the state of Virginia in Freestyle, Greco Roman, and Folkstyle wrestling. Coach brings a passion for MMA and blends wrestling styles for our classes. 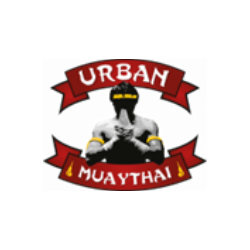 Urban Muaythai is a family run business that was established in January 2010. We Teach the beautiful art of Muay Thai to beginners through to the elite fighter. This sport originated in Thailand and is still a thriving sport around the world. At Urban Muaythai you will FEEL like you BELONG.

Urban Fight Gym is a family run business that was established in January 2010. We Teach the beautiful art of Muay Thai to beginners through to the elite fighter. This sport originated in Thailand and is still a thriving sport around the world. At Urban Fight Gym you will FEEL like you BELONG. Your training will be guided by Richard Walsh, the founder of Urban Fight Gym, and our Head trainer. Richie has 25 years experience in Muaythai was a Victorian State Champion and has won the 2013 "Australian Muaythai Awards" for Trainer of the Year, was nominated Youth Trainer of the Year 2014 and 1999 BJC Trainer of the year. He has trained many elite fighters over the years from Nathan "Carnage" Corbett, John Wayne Parr, Paul Briggs, Shannon F16 Forester and many up and coming fighters. He is currently the Muaythai Australia National President, the MTA QLD President and holds his Certificate 3 and 4 In Fitness and Personal Training. 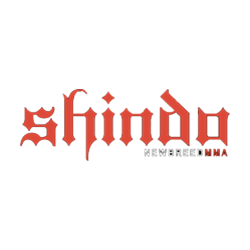 ​Shindo is a modern martial art formulated by Kerry Dunne, founder and chief instructor at the Shindo New Breed MMA gym. Kerry was a pioneer of Australian Mixed Martial Arts, coaching a MMA curriculum from 1994 onwards. There is no single unified discipline of MMA, as the term "Mixed Martial Arts" refers to a competitive rule-set rather than discrete sets of techniques, but the Shindo curriculum addresses all of the skills required to successfully compete in MMA competition - Striking, Clinching, Throws & Takedowns, and Submission Grappling. "Shindo" is the amalgamation of the Japanese terms "Shin" meaning "new" and "Do" meaning "way" or "path", which is an allusion to the underlying philosophy of the system - innovation and evolution.

Our adult MMA classes are available for those who are 14 + years of age. Are you looking for a respectful and friendly MMA environment to join? Do you wish to learn MMA from an industry professional? Well you’ve come to the right place. We have been encouraging adults for years to improve their skill and fitness levels by attending MMA classes. You will experience many personal benefits from joining our adults class, not only fitness but self confidence, motivation and stress relief too!!! Get in touch today and unleash that nervous energy… Mental stimulation is key to positivity. 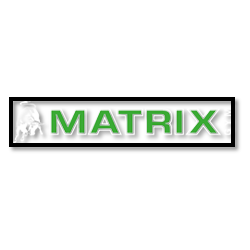 Matrix Gym offers a wide a wide range of classes to suit all skill levels and ages. Start with our beginners classes in Muay Thai or jump into one of our MMA, Brazilian Jiu Jitsu and Boxing programs and start your progression now. Matrix Gym also offers exclusive fighter training producing some of the best Muay Thai fighters in Australia.

Have a look over the history of Matrix Gym and see how what started as a passion for Muay Thai, lead us to establishing a multidisciplinary training academy. Over 20 Years strong and still going Matrix Gym is the home for Muay Thai, Brazilian Jiu Jitsu, Boxing and MMA on the Gold Coast. 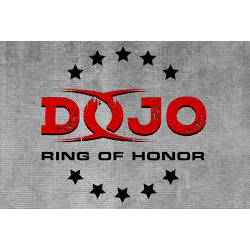 ​The five F’s are the backbone of our Dojo’s culture, they are our service to members and guests. Every day, every class we strive to provide an environment where you’ll make friends, get fit, have fun, feel like part of our family and learn how to fight. Before and after class you’ll be getting to know your coaches and fellow students. During class we all treat each other as brother’s and sister’s should. The more experienced students will guide you and you’ll only be training with people around your size to avoid injury.

Fabricio Mendonca was born and raised in Sao Paulo, Brazil. Fabricio was twenty-one when he started training Brazilian Jiu Jitsu under 6th degree BJJ black belt, Totila Jordan Neto “Pitoco” at the Infight Jiu-Jitsu Academy. He also trained with Master Paulo Nardy – one of Pitoco’s top students and black belt. Fabricio moved to Australia in 2007 where he met the Brazilian Top Team competitor and 4th degree black belt – Master Gustavo “Bomba” Toledo. Fabricio was awarded his Black Belt in 2011 and since then he has been improving his techniques and teaching his style of Brazilian Jiu Jitsu. As an instructor he has led his team to many victories in grappling tournaments in Australia​. 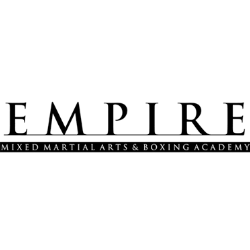 ​ We have a training plan and experience to suit your goals. Empire Martial Arts specialises in boxing with a proven track record for competitive success. Mixed Martial Arts is the fastest growing sport in the world that is synonymous with the UFC. MMA blends the striking and grappling arts to create a fuller combat experience. With a number of coaches with various disciplines, look no further than Empire to improve or start your MMA training.

Former Australian defence force soldier Rocky McLaren is a true mixed martial artist. In 1987 he started out in Kung Fu & Karate igniting a passion for competition which saw him compete in “All Styles” tournaments, Kyokushin Karate, Professional Boxing, Kickboxing, No Gi BJJ, Judo, Greco, Freestyle and Sumo wrestling. Rocky’s love for coaching has stemmed from his work in various schools on the Gold Coast in special education and behaviour management programs. 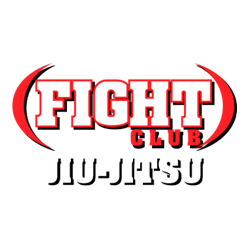 ​Fight Club Jiu Jitsu’s mission is to provide it’s members with the highest possible standards in Martial Arts training programs and by why of this empower our students to achieve a healthier,happier, and more productive life through the martial arts. By creating a safe, fun, and supportive environment, Fight Club provides it’s students with everything they need to enjoy fitness and good health, confidence, mental strength, discipline, self-defense and lifelong friendships. 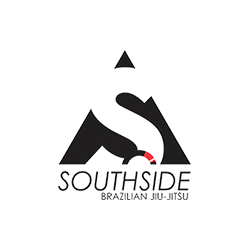 ​Southside BJJ is one of the most successful teams in Australia, based on the Gold Coast, Queensland. Lead by world silver medallist Vicente Cavalcanti 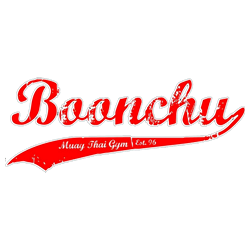 ​Men & Women beginner or advanced. Muay Thai boxing can get you into shape fun and fast! Muay Thai kick boxing & Boxing is the ultimate exercise guaranteed!

Wayne Parr aka John Wayne Parr started Taekwondo age 11yo before moving onto Muay Thai aged 13, after a year training had his first fight in Sydney aged 14yo and never looked back. Age 17 Wayne won his first title, a WKA Australian title against Mark Pease and aged 19 won a South Pacific title against Scott Lovelock by 5th round KO after a very tough battle.
Wayne was then Sponsored by Richard Vell of the Boonchu Restaurant to go and live and train in Thailand, Wayne ended up staying 4 years full time and one year on and off living in a camp and training 2x a day, 7 days a week. Wayne had 40 odd fights in Thailand fighting for Thailand’s number 1 promoter Songchai fighting often on Thai TV, was the first Australian to fight at the famous Lumpinee Stadium, Songchai Stadium, Kings Birthdays and all over rural Thailand.
Wayne was also a regular in the Muay Thai newspaper Muay Siam as well as Thailand’s Muay Thai magazines, once even becoming the first westerner to make the cover of Thailand’s number one selling Muay Thai mag Muay Siam. In the year 2000 Wayne won the IMF world title against famous Thai super star Orono on the Kings birthday in front of a crowd of over 100,000 people in the park middle of Bangkok, in 2004 Wayne also won the S-1 world title at Rajadumdern stadium in a 8 man tournament with prize money of one Million baht live on Thai TV. 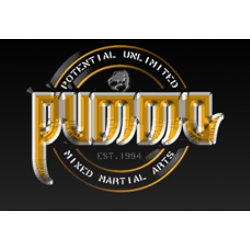 Established 25 years ago (1994) Potential Unlimited Mixed Martial Arts (PUMMA), is one of Australia’s first MMA academies. Based on the beautiful Gold Coast, PUMMA was the FIRST MMA club in the country to have TWO fighters compete on the same UFC. This happened in Indianapolis 2013. With classes specifically designed for beginners, intermediate and advanced students whether you are a novice, or a seasoned Mixed Martial Art Athlete, you are invited to experience the world class training, culture, and facilities offered at PUMMA. Controlling your weight, getting fit , learning cutting edge martial art technique, or competing at an International level are all within your reach. Believe in yourself, your Potential is Unlimited.

Will/Machado – Australasia’s largest BJJ organisationIts where I began my BJJ journey in the early 1990’s and was the ONLY place in Australia at that time coaching BJJ. John Will was my first BJJ coach and 16 years later he remains the biggest single influence in my B.J.J training. I retain my ties with this group and many of the people who I hold dearly as my friends are its members.

Location
4/39 Township Dr, Burleigh Heads QLD 4220, Australia
At Top 10 Fitness, we’re here to help you make the best choices to improve your fitness. Our listings of business, products or services are formulated using online research based on what products and services appear popular or have been featured on other websites.  We have not reviewed all business, products or services to compile our listings.  If you buy something we link to on our site, Top 10 Fitness may earn commission.
Privacy Policy - Contact Us
​© COPYRIGHT 2020. ALL RIGHTS RESERVED.